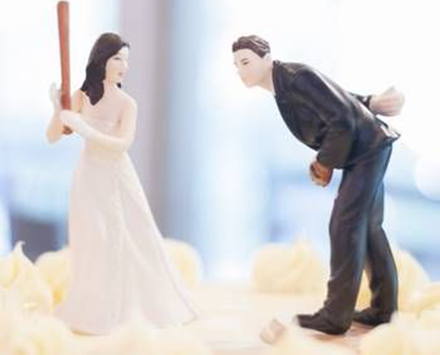 Not all brides are in love with big poofy gowns, candlelight ceremonies, or flowers cascading down the aisle. Your wedding day should be a reflection of your love: who you love and what you love. Some brides love baseball.

We came across bride Brandi’s Baseball themed wedding and were totally inspired! This bride didn’t fit the cookie-cutter mold, so she customized her big day to be exactly what she wanted. 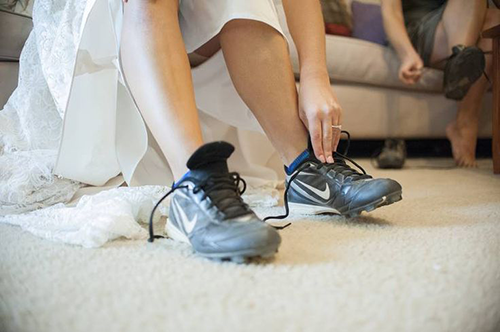 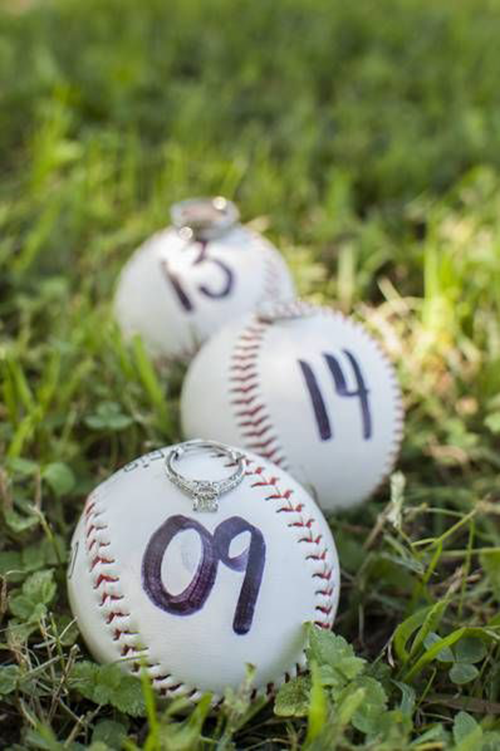 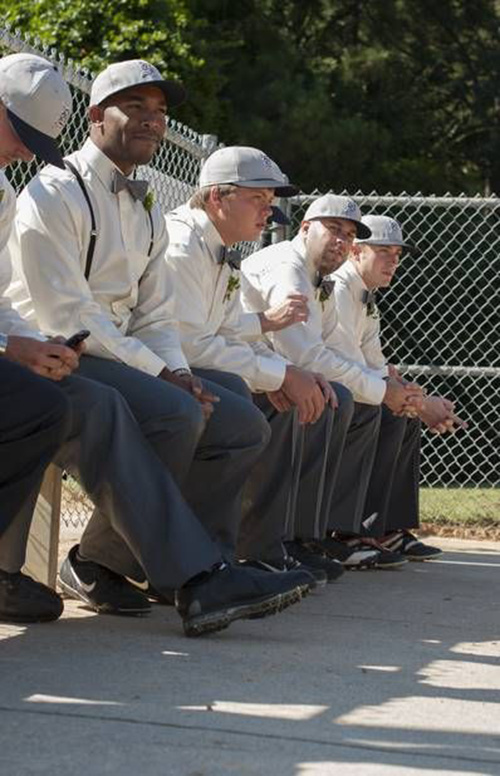 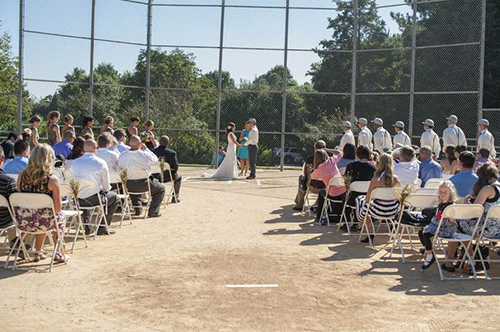 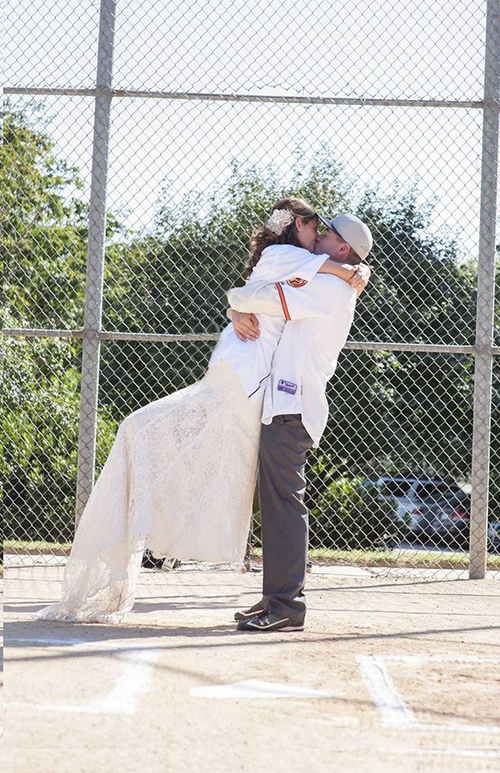 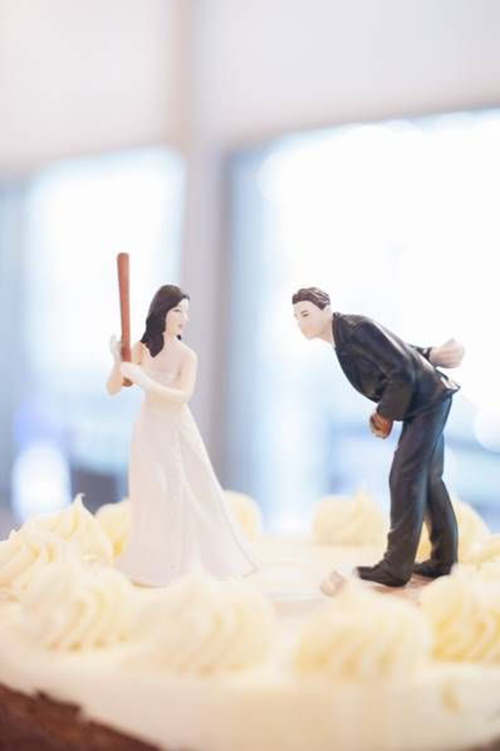 Ready to take the plate and plan your own baseball themed wedding?

-Contact local parks to find a baseball diamond that you can use as your venue.
-Your groom and his men will be happy to be dressed in baseball jerseys or baseball inspired Raglan shirts and cleats.
-Consider serving your guests typical game-day snacks and courses. Think peanuts and BBQ.
-Hire a talented photographer to take adorable pictures with all the baseball trimmings. Ask them to stage shots with props like baseballs, gloves, bats, cleats, anything that inspired your unique wedding!
-Check out our Final At Bat designs for the brides taking their last swing.

You think you have it all planned out – the perfect cake, the perfect florist, the perfect dress. But all it takes is one little off-kilter detail in the carefully planned orchestra that is your wedding to make it all go downhill in a heartbeat. No matter how strong a vision a bride may have about the way her big day is going to go, sometimes things just don’t work out. Ask these brides – they can tell you firsthand about the disastrous circumstances that caused their wedding plans to do a 180. 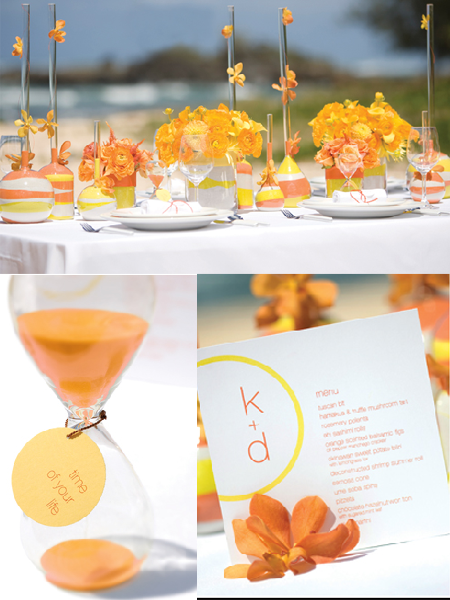 This beautiful ocean inspired wedding decor was featured by Pacific Weddings.The floral design by Yvonne Chapman is simply beautiful and captures the playful lines and colors of a day at the beach. I love the way the different colors of sand are combined in the vases to make beautiful lines that mimic the waves in the ocean. Here is how Chapman describes this design…

“When I think of sand, I am reminded of the playful energy and warmth felt at the beach… vibrant colors of orange and yellow signify the sun and the Mokara orchids give this table a whimsical feel,” says Honolulu designer, Yvonne Chapman of the eponymous Yvonne Design. Handblown glass vases stand tall in three modern shapes that mimic the sensuous qualities of the ocean. Modeled after traditional chemistry lab beakers, the stems of each vase rise delicately above vibrant arrangements of dahlias, calla lilies, roses, celosia, and hybrid ranunculus in bodacious summer hues. Mokara orchids, wired discreetly to each vase top, appear to float over the table. The artistic waves of the sand create a modern still-life with layers of sand in tangerine, sunny yellow and bright white. Playing off the “sands of time” theme, Stacey Nomura of Bradley & Lily Fine Stationery, created circular tags that read, “time of your life,” which are tied to miniature hourglasses. These unique parting gifts rest at each place setting and promise to be an interesting conversation piece among celebrants.

The design ties together perfectly and the vibrant colors really make the design. I have to say my favorite part is the use of the colored sand. It is breathtaking! 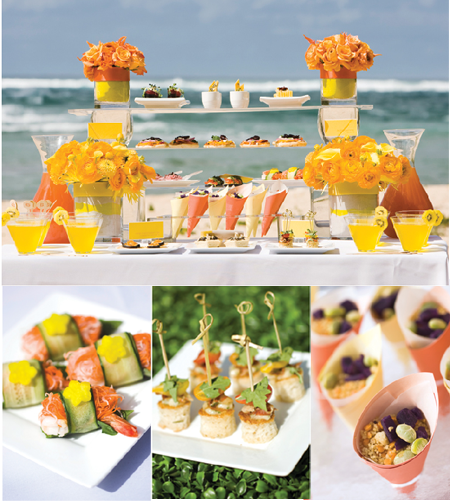 Sheridan and Bo had a beautiful wedding at The Biltmore, a Four Seasons Resort in Santa Barbara CA. Sheridan wore a strapless Elizabeth Fillmore gown with ruffle detailing on the bodice and skirt. The bride’s hot pink nails peek out from beneath her bouquet of peonies and orchids. The ceremony was all white, and to achieve a traditional look of a church floral designer Mindy Rice brought some of that ambiance to the oceanfront outdoor setting by creating beautiful floral arches where the couple would say their vows.The couple and their guests went from the subdued ceremony to a vibrant lunch reception. Eye-popping red linens and chair covers were paired with flowers in hot pinks and oranges. However, I think the beautiful aqual cake stole the show in the reception–not counting the bride of course. After the ceremony, Sheridan swapped her elegant cathedral-length veil for a one-of-a-kind fluorescent feather headpiece by Leah C. Couture Millinery which was too beautiful for words.

Pics and Wedding Story from Brides.com 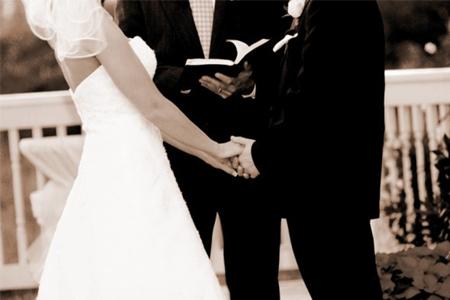 I want to start out by thanking Rachel for sharing her beautiful wedding pictures with us. Rachel and John’s wedding was a Christmas themed wedding. The ceremony took place on the beach and the reception was inside. 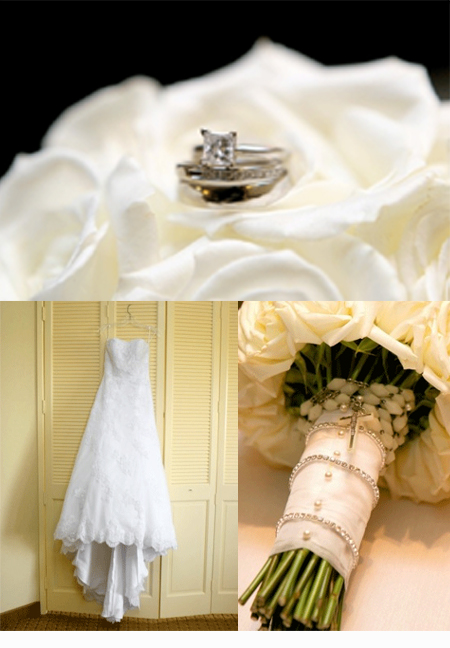 Rachel carried a bouquet of white roses that she adorned with a beautiful rosary. All of the bridesmaids had black dresses and carried bouquets of red roses. 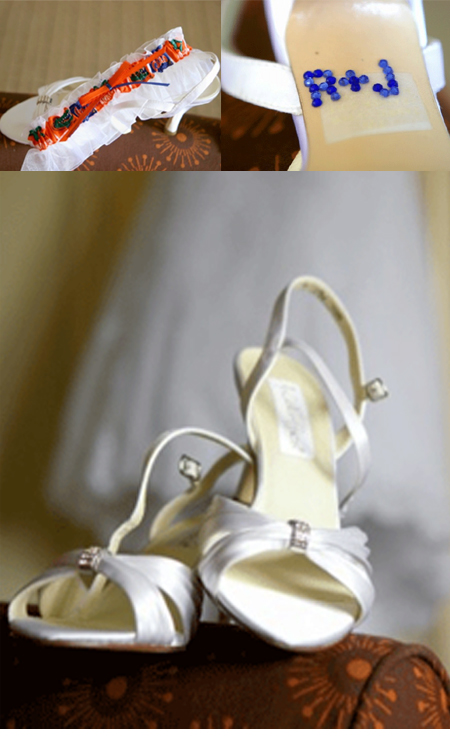 The small details of Rachel’s wedding truly makes it stand out. For her something blue she attached rhinestones to the bottoms of her shoes that represented the bride and grooms initials. Rachel and John are big Gators fans so, what other choice would you have than to reflect that in the garter belt? Super cute! 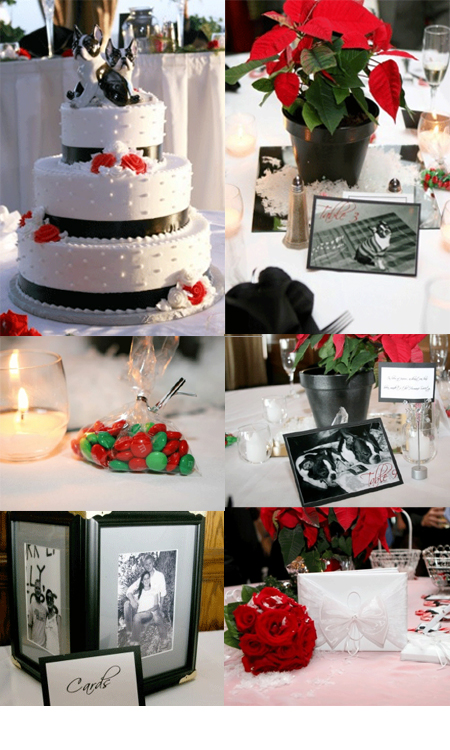 Rachel also has two Boston Terriers that are her little fur babies. Since they could not attend the wedding, they still made their presence known in the decor. The cake topper is super cute and reflects that puppy love.