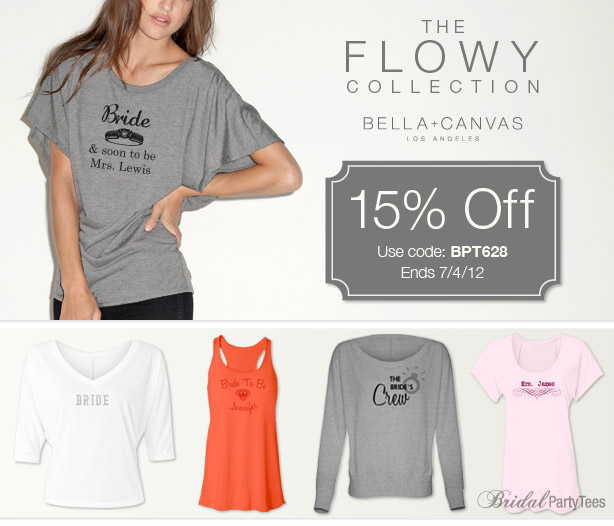 BPT628: Get 15% off your entire purchase. The Flowy Collection by Bella+Canvas features five new fashion-forward tops. Your design on all Flowy tops will be slightly transparent, allowing the color of the garment to show through, giving it a more fashionable look. Offer ends 7/4/12 at 11:59 PM EST. 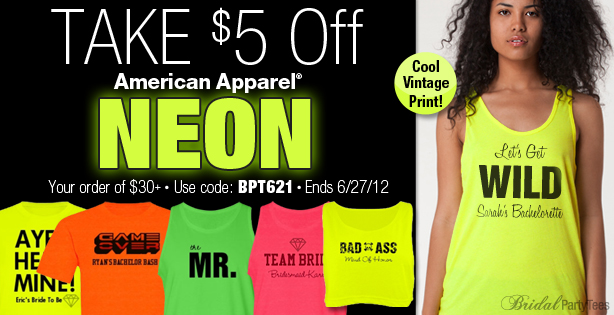 Our new American Apparel® neon t-shirts, tanks and crop tops are sure to get you some attention this summer! These bold tops feature a cool vintage print for your fully customizable design. Get $5 off your purchase of $30+ with promo code BPT621 at checkout. Offer ends 6/27/12 at 11:59 EST. 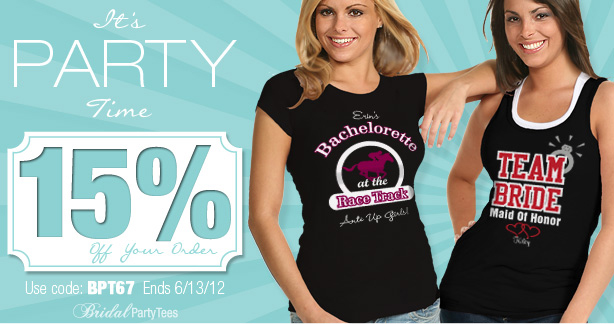 Your bachelorette party is your final chance to get crazy with your girls before you tie the knot. Custom t-shirts or tank tops for your entire group are a fun way to celebrate the night. Get 15% off with code BPT67 at checkout! Offer ends June 13th at 11:59 PM EST.