These awesome Bridal Party Tee photos were sent to us by Rosie! Rosie wanted to create personalized t-shits as a souvenir for the bridal party of her friend Michelle’s wedding. Each design featured Michelle’s name as well as the name of the person that the shirt was for, so that they would all have a special gift from the Bachelorette Party!

The bride’s shirt said “The Bride”, the mothers of the bride and groom each had special shirts that said “Mother of the Bride” and “Mother of the Groom”, which they sported proudly because they were so happy to have their children united! The Maid of Honor also had a special design because she is the bride’s twin sister, and the other three bridesmaids had similar designs with their names and the bride’s name.

The ladies celebrated their event at a French restaurant in Sonoma (Délicieux!) followed by massages at the resort spa! Sounds like Michelle is one lucky woman! French cuisine, massages, cocktails, and customized t-shirts all in one day-Geez! Thanks for sharing Rosie! 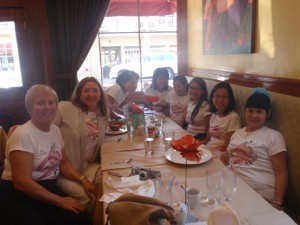 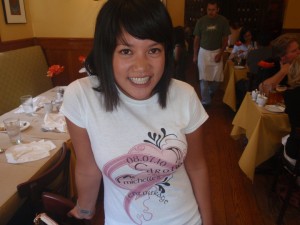