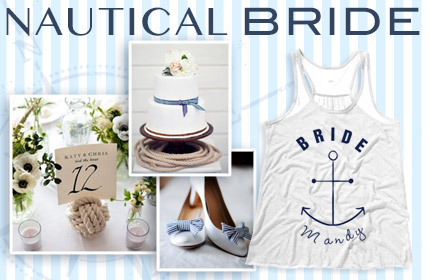 It doesn’t matter if you are marrying a sailor or simply just love the beach. Nautical themed weddings are trendy no matter if you go with the classic navy blue or mix it up with coral and mint. The nautical theme is versatile and very easy to personalize to give your guests an experience they’ve never had before.  Anchors, stripes, and boat knots are just a starting point but make your experience extra unique by customizing Nautical Themed Bridal Party Shirts.  Bridal Party Tees has a great selection of nautical art including knots, anchors, and boats to help achieve the exact theme you are looking for.

Bridal Party Tees has put together a Nautical Theme Inspiration Board to help infuse your wedding with a unique and classy look inspired by the sea. So what are you waiting for? Drop the anchor, tie the knot, and set sail before the veil! 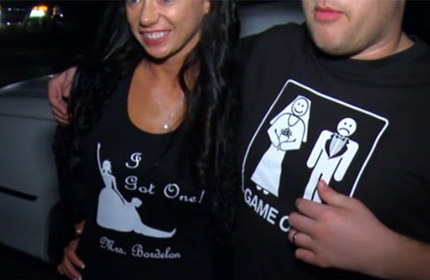 If you are planning a wedding or just a big fan of weddings in general then chances are you watch TLC’s “Four Weddings.” Recently, one of the brides was sporting Bridal Party Tee’s “I Got One” Bride Tank Top! 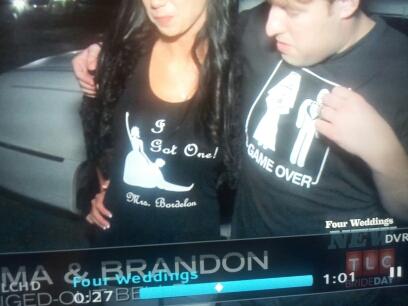 Emma wore her “I Got One” Tank Top at the end of her wedding for her sparkler send off which is a really cute and unique idea since most Bride’s wear their shirts while they are getting ready for their big day. This is a great way to show off your new last name in front of all your guests! Check out our “I Got One” Bride Shirts so you can have your own on your big day! And if you’re man is digging the Groom’s shirt then check out our Game Over Shirts too.

The now Mrs. Bordelon was in the fact the winner of this episode and won an incredible romantic getaway to Mexico for their honeymoon! We’re not bias or anything but we think the tank top secured the win.

Here’s a clearer picture of our tank top on the happy newlywed! 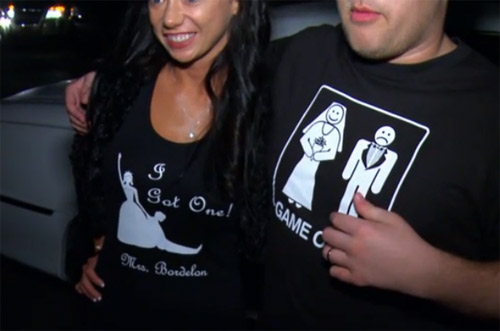 At Bridal Party Tee’s we love nothing more than seeing our Bride’s and Bride-To-Be’s happily wearing our designs so make sure to send in your customer photos at bridalpartytees@eretailing.com. Who knows, you could be our next featured Bride! 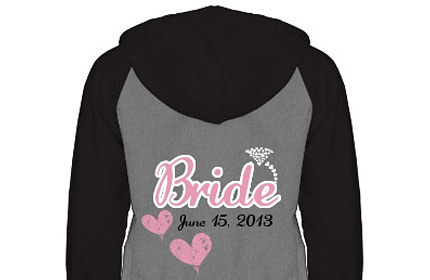 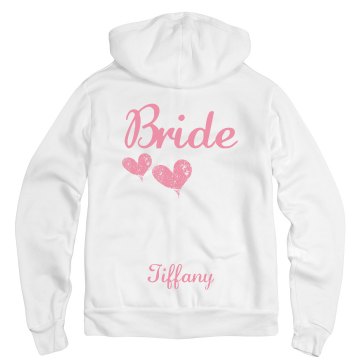 On your wedding day you’re going to spend hours in a dress that is bound to get uncomfortable by the end of the night. So, why not make yourself as comfortable as possible while getting ready for the big day by wearing a bride zip-up hoodie?! A customized zip hoodie makes for a great photo opp! Since many brides opt to have their photographers document their time getting ready, custom wedding hoodies have become a popular trend. Add your new last name or wedding date to the hoodie for the perfect custom touch! Plus, our bridal sweatpants make excellent companion pieces for the hoodies!